On the weekend I finally finished Part 5 of the Farmhouse Christmas series by Little House Needleworks.

I think I've mentioned previously there had been quite a delay between receiving Part 1 and Parts 2 & 3, so Part 4 had been released by the time the other charts arrived in here in New Zealand. Over the past few weeks I've been slowly catching up, and now Part 6 is on it's way! 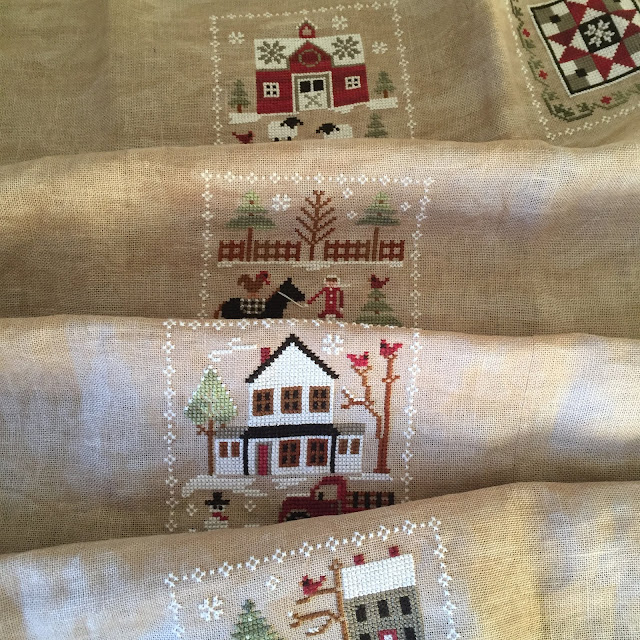 I'm stitching all the parts on to one piece of 32 count vintage mocha belfast linen, the colour in the photos isn't very true because of the winter light at the moment. I divided the fabric into sections - there are twelve on my piece so I will have fabric left over for another project.

Whoops, I've just seen a missed stitch in this one! 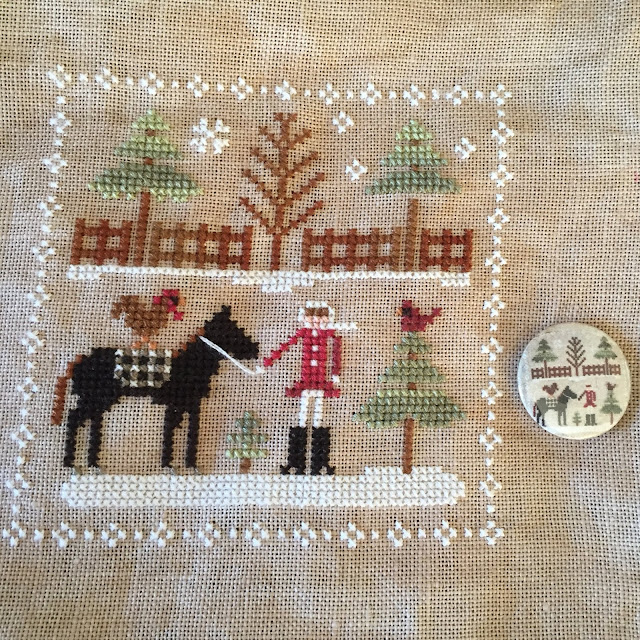 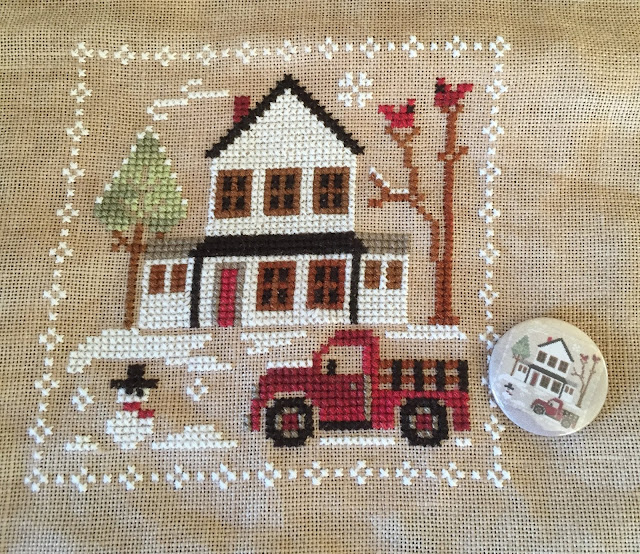 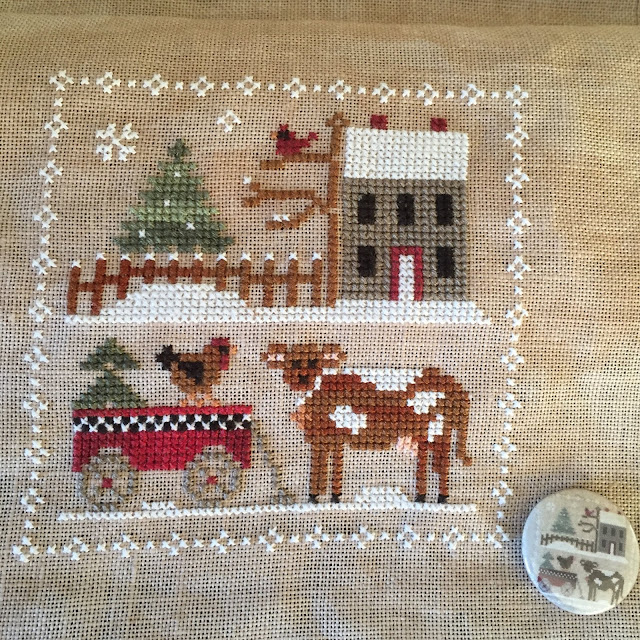 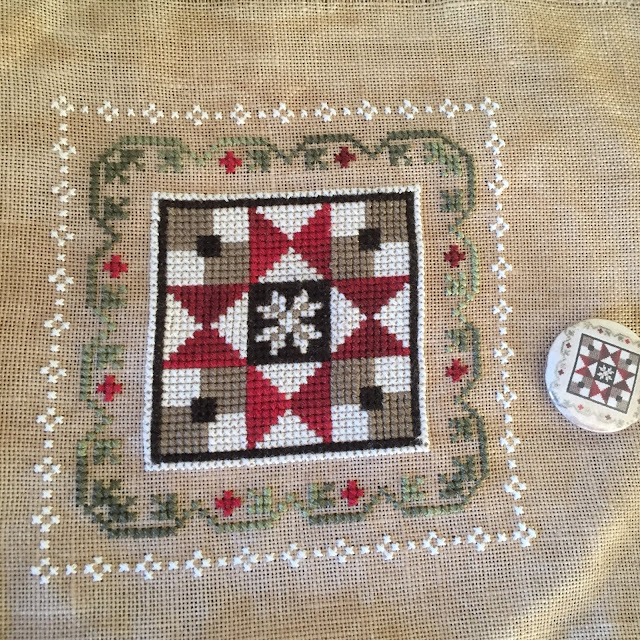 I am planning to make each one into an ornament but I will probably do this later in the year, once all the charts in the series have been stitched.

This looks lovely done all together. Thank you for showing them all, lots of bloggers stitched and showed the very first design and occasionally the second, but this is the first time I have seen them all. x

This is such a cute series.
Your stitching looks great, and that fabric is so pretty.
Marilyn

Just fabulous stitching....really a cute series ! Must get mine done ✅ never enough hours or better yet I need another one of me stitching 😂

They are lovely and how neat you have the matching needleminders! Your stitching is lovely too...I love that fabric too and have used it often.

These are so pretty and I too spotted the needleminders! Don't blame you, they are really cute.

These are wonderful! And I LOVE your fabric choice!

This looks like such a lovey series. I look forward to seeing them finished as ornaments x

The cross stitch looks great. I used to sit up until 1.00 am cross stitching (prior to having kids) and loved stitching on the Irish linen. My eyesight is not as good now so I don't do it anymore however I have many a framed cross stitch I've done over the years.

This is a pretty series. Love your stitching on these.

Katrina
Hello from New Zealand. This blog is all about my stitching, knitting, crochet, reading, travelling adventures and my family too.